Growing up in outside the Ottawa Valley in the tiny town of Perth Ontario, Timothy was raised in a family of athletes. She was involved in various competitive sports such as Basketball, Volleyball, Swimming, & just about anything you do while being pulled behind a boat. Being raised at Pike Lake, west of Perth during the summer months, her passion became the water!

To give herself a head start with her goal of working on the water, she acquired her certifications for National Life Saving, CPR, Swim Instructor, Ontario Boaters License, & Canadian Watersports Instructors Course.  In 2005, Timmy worked at a Christian camp, Camp IAWAH in their watersports program. Here she was introduced, and took up wakeboarding, wakeskating, and kneeboarding. Yet, she still wanted to learn and experience more. The following summer at 17 years of age, Timmy moved away from home when she landed a job at a Watersports School as a full time coach, and member of their waterski show. Here she also assisted with wakeboard, and wakeskate. The knowledge and experience over the span of 3 dedicated summers on the water was put to the test when she was granted a scholarship to an American College for her winter passion, Basketball.  A visit to the College, a long drive home, and the rest is history. “I love basketball, but I love the water more. I feel it’s where I belong.”

And so it was time to begin seeking ways to improve her skiing. She focused on what she loved, and was determined to succeed in the watersports world. Homework and research led her to professional coaching and training at Swiss Ski School in Clermont, Florida in the spring of 2007.  Timmy continues to train sporadically in Florida, under the instruction of Professional Coach Jodi Fisher, Whitney McClintock, and Arturo Nelson. She has accumulated numerous Provincial, Eastern Canadian, and Canadian National titles and podium spots in Women's Slalom. In 2014, competitive wakesurfing took over her known image of waterskiing, obtaining her professional status for womens surf-style after her 2nd place podium finish at the World Wakesurfing Championships in 2019.

In 2009, Timothy was offered the position of developing Team Len’s Cove Wake Watersports School out of Len's Cove Marina in Portland, ON on Big Rideau Lake.  Offering coaching, clinics, and lessons  serving  the local  area and Ottawa Valley. She has the privilege of operating MasterCraft Boats; running watersports camps, clinics, and lessons. Here she also had the privilege of meeting Professional Woman’s Wakeboarder Will Christien, and has been given the opportunity to sit in on Will’s clinics absorbing all that Will has to offer. As a result of this, over the past 6 years learning from Will, it has developed an entirely new coaching level and tactics for Timothy that result in optimal safety, and the most effective way to coach and drive the rider. If you can't find her at Len's Cove Marina,  Timmy travels across North America hosting private clinics and lessons on a lake near you!

Learn how to drive your boat with confidence! Timothy will cover the basics of driving your boat, and provide you with the proper techniques to drive for waterskiing, wakeboarding, and wakesurfing safely! Also teaches how to properly maneuver your boat, docking, and trailering. Timothy has experience driving inboard, inboard/outboard, outboard, and pontoon boats.

Timmy will come out to your lake to coach and instruct you and your friends privately! Lessons are available in single or group packages, and are available throughout the months of May - September. Locations are to supply their own boat and equipment. Timmy will coach behind inboard, inboard/outboard, and outboard boats. (You must own an inboard boat if you request wakesurf lessons.)

Have Timmy come to your lake or club and coach you in your own boat and lake!

Lesson Package of 5  | 25 Minute Wakeboard or Waterski Only

Lesson Package of 10  | 25 Minute Wakeboard or Waterski Only

*Plus HST, Travel, and accommodation expenses. 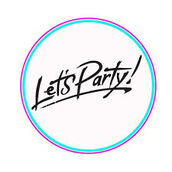 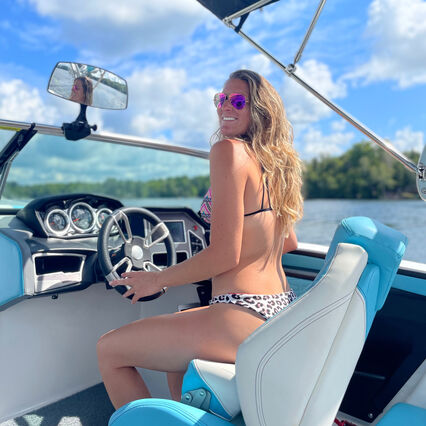 CLICK HERE TO BOOK YOUR PRIVATE CLINIC OR LESSON FOR 2022!